Since September of 1985: a place for students to grow both spiritually and academically.

Since September of 1985: a place for students to grow both spiritually and academically.

Before Pacific Academy actually opened its doors to 200 students in the autumn of 1985, the dream of a unique school that blended high academic standards, Biblical truths and the finest facilities was a vision in the mind of many British Columbia-area leaders, parents and educators.

And when Vancouver-based entrepreneur and philanthropist Jim Pattison stepped out in faith to work toward his vision becoming a reality, he was soon joined by Founding Board Members Rev. Allon Hornby, Rev. Bernice Gerard, Rev. Ed Austin, Rev. Ken Birch, Rev. Gordon McDonald and Mrs. Mary Pattison. Under God's leading, the newly constituted Pacific Pentecostal Education and Communication Society was able to purchase the seven-acre Brookmere Elementary School in Coquitlam, adjacent to Brookmere Park. It was here that Pacific Academy called home for six years, until a cold, snowy day in January of 1991 when the growing student body of 560 moved across the Port Mann Bridge to a new, two-storey building on the current campus in Surrey, B.C. By fall of that year, the elementary school building (now the primary school) was completed and over the next four years, 80,000 square feet of additional space was also added.

A school with high academic standards in the pentecostal tradition
Back in 1984, the idea of building a Pentecostal school with a commitment to both Biblical principles and the finest academic standards was a radical one. No other schools like that existed. Nevertheless, such was the vision Vancouverbased industrialist and philanthropist Jim Pattison had laid on his heart. So when he approached Rev. Allon Hornby and Rev. Bernice Gerard about establishing such a revolutionary school, they were inspired by his passion. Soon they were joined by Rev. Gordon McDonald and the vision took its first step towards becoming reality. 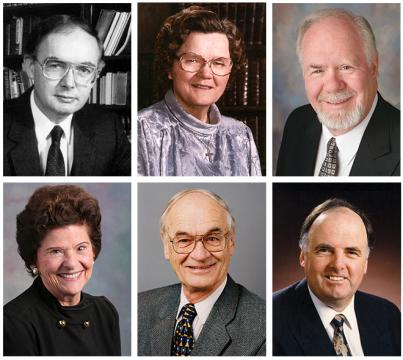 Find a suitable location
The task of finding a home for Pacific Academy fell on the capable shoulders of Mr. Bill Coupland, a retired businessman who had experience building another Christian school in Montreal. Thanks to God’s leading and Mr. Coupland’s tireless efforts, PA was founded on the seven-acre Brookmere Elementary school site in Coquitlam. After extensive remodeling, PA opened its doors in September of 1985 with 200 students and grew quickly from there. In fact, by 1988, Mr. Coupland was once again looking for a larger site — one that would allow construction of a custom, master-planned campus. 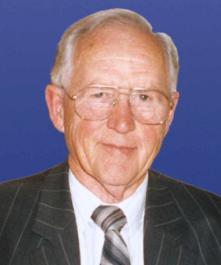 The Elements in Our School Crest Are:
THE TRUMPET - announcing the gospel
THE TORCH - truth
THE HAND - passing on the torch of knowledge through the word of God
THE DOVE - the Holy Spirit
THE DOGWOOD FLOWER - represents the beautiful province of British Columbia
The WAVES - Pacific Ocean
THE CROSS - the centre of our faith
THE OPEN BIBLE - revealing God’s word is life and light

Build it first class
In the words of Bill Coupland, when it came to building on the new property, Jim Pattison “wanted to build it first class.” So that’s what he and the board did. With the help of architect David Ho, they set out to build one of the country’s finest Christian academic schools — literally from the ground up. Construction of other buildings progressed until eventually all grades were housed in the new location. As the years went by, blessed by the support of the Jim Pattison Foundation, the school expanded its capacity and physical size; adding more than 7,500 square metres and eight more acres of land — all “To the glory of God.”

A place to grow, learn and serve
Expansion has continued in recent years. And today Pacific Academy has grown steadily to become a student body of more than 1400 students in four different schools — from junior kindergarten through grade 12 — on a beautiful, 40-acre campus complete with a 1500-seat auditorium which regularly serves as an arts centre for the community as well as campus events.

At PA we make service and outreach part of every student’s life. Younger children start with projects that are closer to home, like area senior housing centers. Then, as they grow and mature, they follow the Biblical model of moving from Jerusalem to Judea and to the ends of the earth. For example, the high school has sent teams out into North, South and Central America, the Middle East, Asia, Africa, the Caribbean and Europe to deliver the Good News. 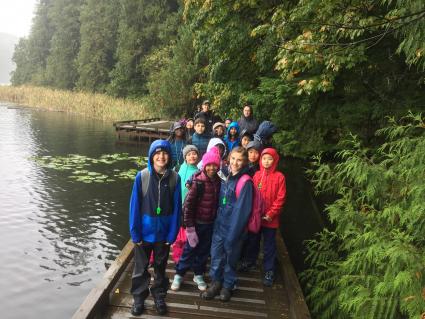 Continue expanding our reach throughout the world
As we move forward to take on the challenges that lie before us in the years ahead, we have no doubt God will be just as faithful to us as he has been in the past. Our entire staff and faculty looks forward to not just maintaining the highest academic and spiritual standards we’ve established, but to further strengthening our commitment to service throughout our community, or region and our world. One exciting development we’ve seen in recent years is how our philosophy and mission is beginning to bear fruit through our alumni. Many of them are now reaching the point in their lives where they’re making significant contributions to the world via their careers, professions and ministries.

"Then we your people, the sheep of your pasture, will praise you forever; from generation to generation we will recount your praise." Psalm 79:13